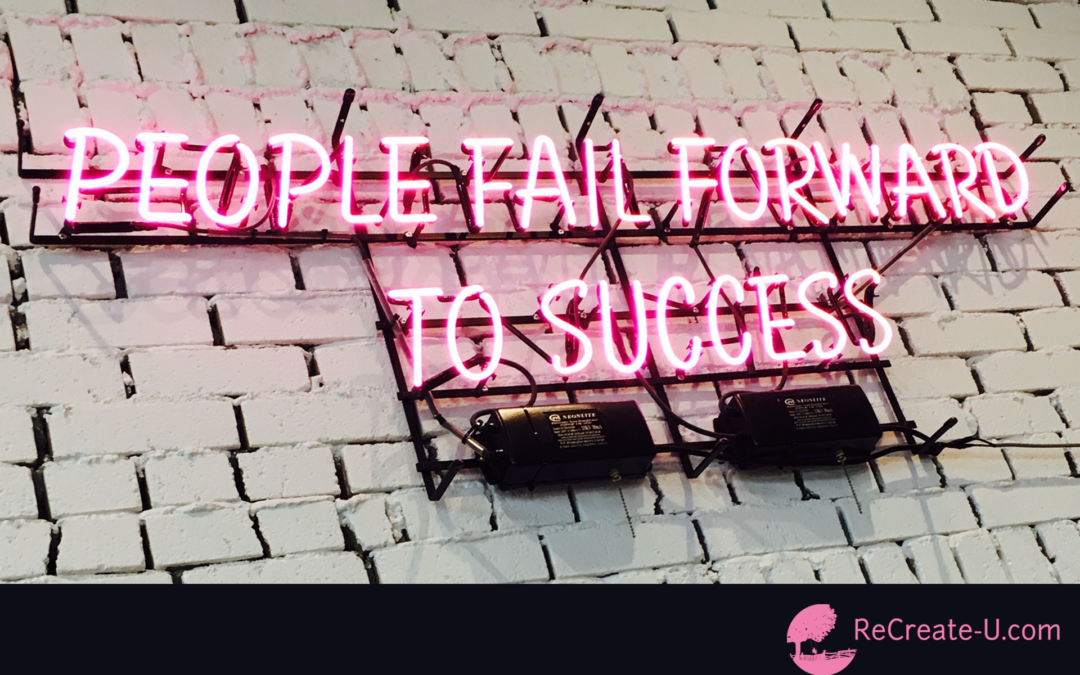 Give Yourself Permission to Fail

If U are to truly experience life, U must be able to give yourself permission to fail.

Through failure U will learn, grow and become successful.

Life is akin to learning to ride a bike – U will fall. U will stumble. U will crash. U may even get hurt. U may even find yourself too afraid to get back on the bike. However, it is important to remember, whenever U put yourself ‘out there’ and attempt to tackle difficult situations, handle problems, or begin something new, U may not always be successful. In fact, it may take you a significant amount of time to master whatever U are attempting to achieve. There will also be times when no matter what U do, success simply will not occur.

That’s OK!  Failure is a part of a life well lived! How you view and deal with problems, difficulties and new experiences can have a huge impact on your life, your success, and your happiness.

U may choose to give up or blame someone else or beat yourself when U fail. However, U might be surprised to hear that many successful people are not only grateful for their past failures, but they ascribe their present success to having tried and failed in the past.

Six Reasons to Embrace your Failures

Embrace failure, learn from it and use it as a stepping stone to success. – Recreate-U.com

I can accept failure, everyone fails at something. But I can’t accept not trying. – Michael Jordan

No man ever achieved worthwhile success who did not, at one time or other, find himself with at least one foot hanging well over the brink of failure. – Napoleon Hill

The only real failure in life is not to be true to the best one knows. – Buddha

Our greatest glory is not in never failing, but in rising every time we fail. – Confucius

It is impossible to live without failing at something, unless you live so cautiously that you might as well not have lived at all, in which case you have failed by default. – J.K. Rowling