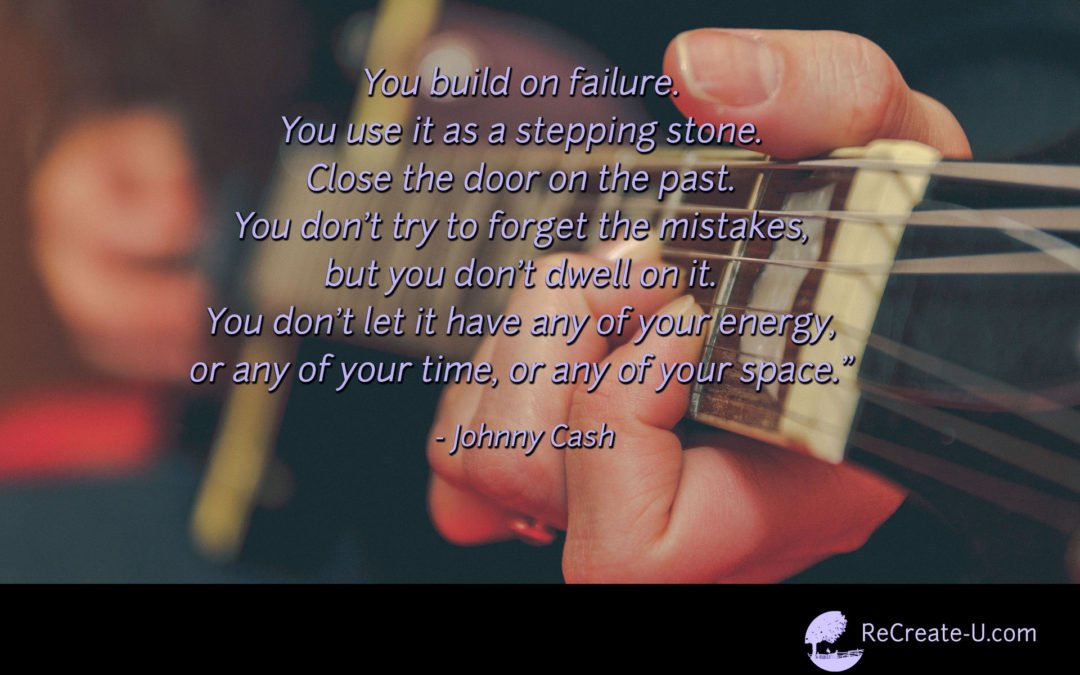 How to Overcome the Fear of Making Mistakes

“Everything you want is on the other side of fear.”  – Jack Canfield

Fear of making mistakes can cripple U. This fear can keep U from developing and maintaining wonderful relationships. It can limit your potential career-wise, and create mental stress and anxiety that lead to physical problems. So, how do U overcome the fear of making mistakes? The following tips and practices are proven to psychologically help U deal with your fear of failure, and move past it.

Realize That U Are Going to Make Mistakes

Human beings are imperfect in so many ways. That’s why we make mistakes. However, without trying to accomplish things we aren’t sure that we can achieve, our growth is stifled. U are going to make mistakes. Everyone does. Come to grips with this unavoidable fact of life and move past it.

Understand That No One Is Watching, and No One Really Cares

Many times, people are scared of making mistakes because of what others will think about them. The truth is, the world is not centered around U. Your mistakes are your own, no one else’s. It may be a sobering reality, but the world is not waiting for U to fail so they can laugh at U. In most cases, no one is concerned about your failure but yourself, so swing the bat. Who cares if U strike out?

Failure is a Stepping Stone to Our Successes

Thomas Edison failed a reported 1,000 times before he invented the light bulb. In school his teachers said he was “too stupid to learn anything”. He was fired from his first two jobs because he was unproductive. What if Edison had given into those early mental setbacks and stopped inventing?

Arguably one of the most important inventions of human history came about because Edison couldn’t care less whether or not he failed. When a reporter once asked him how it felt to fail 1,000 times before he successfully discovered how to harness electricity for light, Edison said, “I didn’t fail 1,000 times. The light bulb was an invention with 1,000 steps.”

The human mind is hardwired to protect us. When U contemplate failing at a certain endeavor, U inevitably over-exaggerate the results of a possible failure in your mind. This is a survival instinct that dates back to the caveman days. Failure back then meant getting eaten by a bear, starving or freezing to death.

We still have that mechanism in our brains today, but for most of us, our survival is fortunately not on the line when we make decisions. Think about the times you’ve failed in the past. Odds are the horrific outcome U had created in your mind was totally overblown. The results of failure are almost never as disastrous as we expect they will be.

“When you find your path, you must ignore fear. You need to have the courage to risk mistakes. But once you are on that road… run, run, run, and don’t stop til you’ve reached its end.” ― José N. Harris, MI VIDA: A Story of Faith, Hope and Love