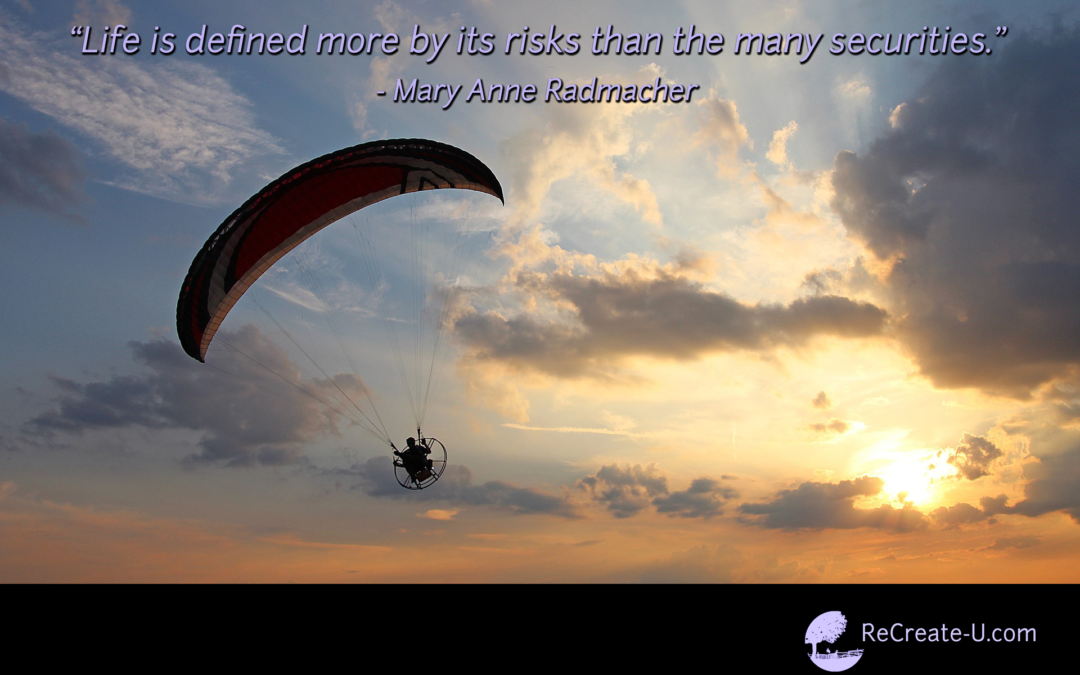 If U Could Do Anything … Why Wouldn’t You?

I would like to ask U a question. If U could do absolutely anything and there was no risk of failure, what would U do? The answer probably won’t surprise U all that much, but what it shows U is just how much U have allowed fear to hold U back. Fear causes U to bide your time, to wait, to wonder about what U should be doing with your life.

So, what is it? If there was nothing standing in your way, what would U be doing? If failure wasn’t an option, what would U do if you could do anything?  There’s a good chance it’s wildly different from what your life looks like right now.

Nothing Is As Bad As U Expect It to Be
Despite your fear of failure, more often than not U succeed when U take action and put your mind to doing things. The worst case scenario is rarely the outcome that U experience. Yet, U may still be allowing fear to hold U back. It’s something that U need to overcome, just as U would any other obstacle; a single step at a time. With every step, your confidence will grow and U will start to truly believe in yourself.

When U were young and learning how to ride a bike U were afraid of falling off. So, U relied on your training wheels and most likely for a bit longer than was necessary. Yet, when those training wheels were removed, U still had that initial worry that you’d fall… but U didn’t (and even if U did, it probably wasn’t as bad as you had imagined, though it may have felt as if it was at the time).

To Succeed U First Must Try
It is very easy to blame where U are right now on external circumstances. Maybe U have thought U can’t do what U want because the economy is too unpredictable right now. Perhaps U have felt U can’t start a business because U don’t have enough spare time to get it up and running and U certainly can’t leave your job before it would turn a profit.

Or, maybe U have told yourself U can’t make your idea a reality because it isn’t marketable enough?  It is very easy to shift the blame. That takes some of the pressure off. However, removing the discomfort of trying simply leaves U living a life that U didn’t sign up for, you’re left languishing in an unhappy existence where you are merely treading water.

In that, U start to tell yourself lies about how you’re too lazy to do better, U become careless and lose the faith. Yes, life can be difficult and exhausting and it easy to do whatever is the easiest to get U back to your comfort zone. What if U decide U have had enough of living an average life and U decide to pursue your dreams? What if your life could change for the better and U could find yourself happy and satisfied? What if a single decision could lead U to take action and that made all the difference in how U lived your life? Do U want to continue with the exhaustion or are U prepared to make a change and overcome your fears?

So, ask yourself the question again – what would your day look like if U could do whatever U wanted without worrying about failure?

Cast your fears aside and just DO IT! Even if it’s just an experiment – take a risk and live an entire day without worrying about failure and see what can happen when U learn to let go and chase your dreams. If U truly want something then start by envisioning it and learning what steps U need to take to chase it and capture it for yourself. U can do it, U can do anything… the only thing that’s stopping U is yourself.

“If you are not willing to risk the usual you will have to settle for the ordinary.” – Jim Rohn

“The way to get started is to quit talking and begin doing.” – Walt Disney

“Leap, and the net will appear.” – John Burroughs

“The cave you fear to enter holds the treasure you seek.” – Joseph Campbell